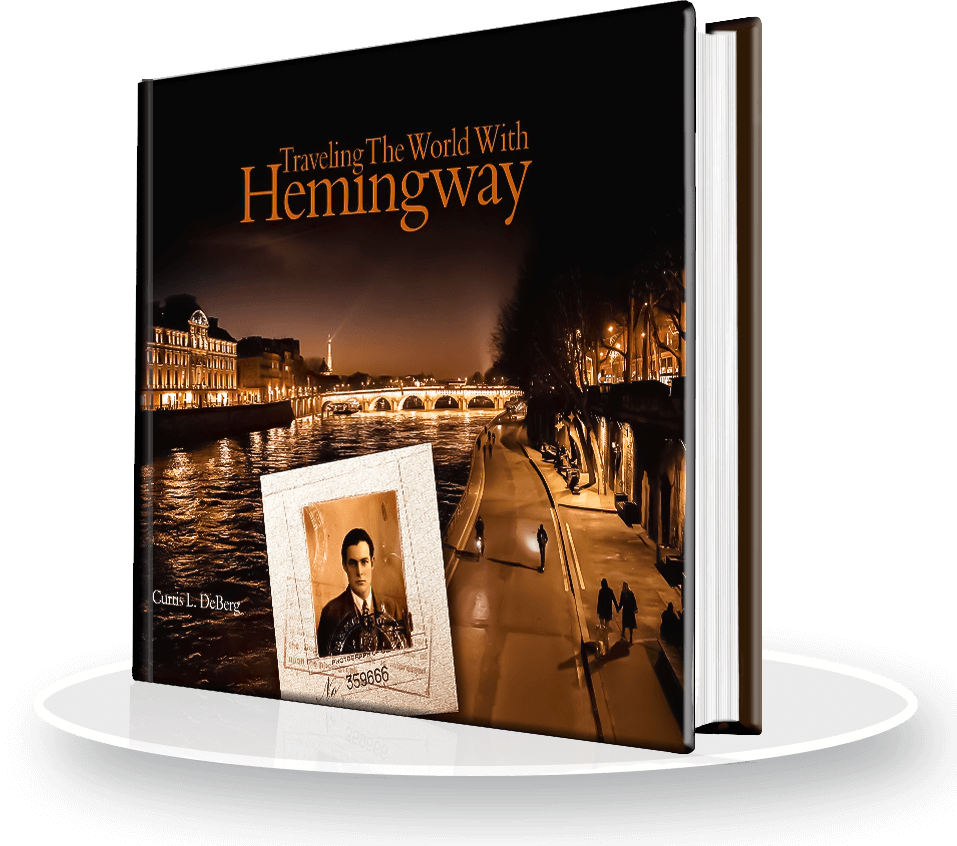 Traveling The World With Hemingway

When Hemingway’s prose burst on the scene it was considered highly original for its spare, compact yet evocative style. His writing influenced generations of novelists and journalists; his books are still avidly read around the world.

Hemingway won the 1953 Pulitzer Prize for Fiction and in 1954 was awarded the Nobel Prize for Literature. Among his enduring legacies in print are A Farewell to Arms (1929) For Whom the Bell Tolls (1940), The Old Man and the Sea (19512), the posthumously published memoir of his young years in Paris, A Moveable Feast (1964), and The Nick Adams Stories (1972), thematic short stories from various earlier collections.

In Traveling The World With Hemingway, hundreds of spectacular new digital images capture the odyssey of the adventurous author’s remarkable life. Starting at his birthplace home in Oak Park, Illinois, you’ll follow his footsteps north to his boyhood summer home near Lake Superior in northern Michigan. Then away to the Italian front during World War I and falling in love in Milan; the cafes of Paris and the bullfight rings of Pamplona; marlin fishing off Key West and hunting in Sun Valley, surviving back-to-back plane crashes in Africa and chasing Nazi subs out of Havana. Ernest Hemingway made all these places and more as vivid and indelible as his fictional characters.

Juxtaposed against page after page of lush landscapes and cityscapes are historic sepia portraits of the author, friends and family in all these far-flung locations. Each chapter opens with a colorful quote from Hemingway about the place you are about to visit as you turn these gorgeous pages.

This is a visual treasure book filled with the romance and inspiration of a great writer’s favorite places—the perfect tonic for the literate (and pandemic-weary) traveler.

Curtis L. DeBerg became intrigued with Ernest Hemingway when he first traveled to Key West in 2005, to visit a cousin who owned a vacation home near Geiger Key. After 40 years as university professor in California, Dr. DeBerg retired in 2020 to devote his time to researching Hemingway and traveling the world in his footsteps—an ambitious journey no one had ever before attempted on this epic scale. He is a member of The Hemingway Society, a group connecting scholars and historians who love and promote the works of Ernest Hemingway. It has 600 members worldwide, and is one of the largest single-author organizations in existence. He is also a group administrator of the active Facebook group “Ernest Hemingway,” which currently has 28,000 members.