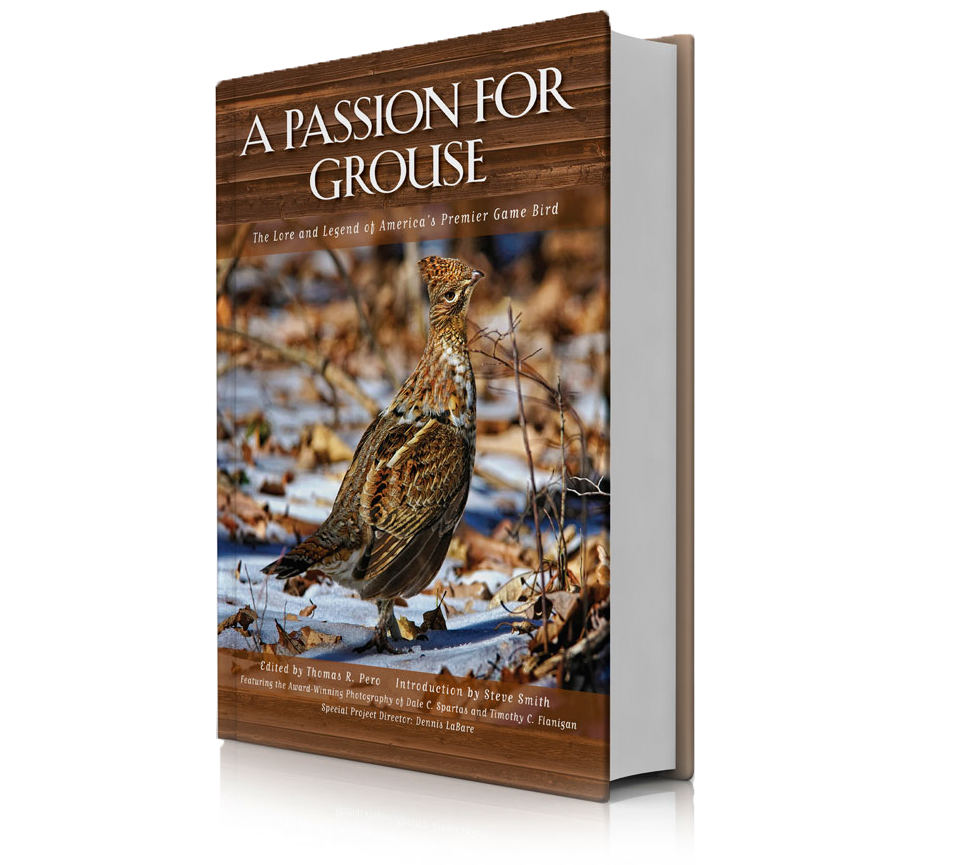 A Passion for Grouse

See a sneak preview of the book at
www.apassionforgrouse.com

At more than 500 pages, this exciting new title is not only the biggest book about hunting ruffed grouse ever published; it is also the most impressive. The writing is first-rate. The graphic presentation is stunning. We have spared no expense or effort in bringing together today’s renowned experts on grouse biology, dogs, guns, hunting strategies and tactics. Evocative regional essays cover the contemporary upland scene—from the ancient stone walls and apple orchards of New England, to the rhododendron and grapevine tangles of the Appalachians, to the tag alders and poplars of the Great Lakes.

Extensive interviews with dedicated bird hunters throughout grouse country invite you to pour a bourbon on the rocks, and sit in on a series of rich, highly personal conversations with many legends of the sport. The meticulously kept game log of one veteran, for instance, records an astonishing lifetime of 38,000 grouse flushes. As noted Michigan bird-hunting writer Steve Smith points out in his introduction to the book, it boggles the mind to consider that within these pages are at least 1,000 years of collective experience chasing the King of Game Birds.

A Passion for Grouse is illustrated with hundreds of spectacular color photographs that bring the reader right into the authors’ favorite coverts, the smell of autumn in the crisp air, moving up behind a white dog frozen on point and shivering with excitement.

The hefty volume showcases an all-star lineup of contemporary writers on ruffed grouse:

A Passion for Grouse also brings you fascinating long-form interviews on the king of game birds:

As if that’s not enough, A Passion for Grouse finishes with an original poem “On Missing” by noted poet Augustus Lee Merrill, plus dozens of favorite recipes for cooking ruffed grouse from all the contributors.