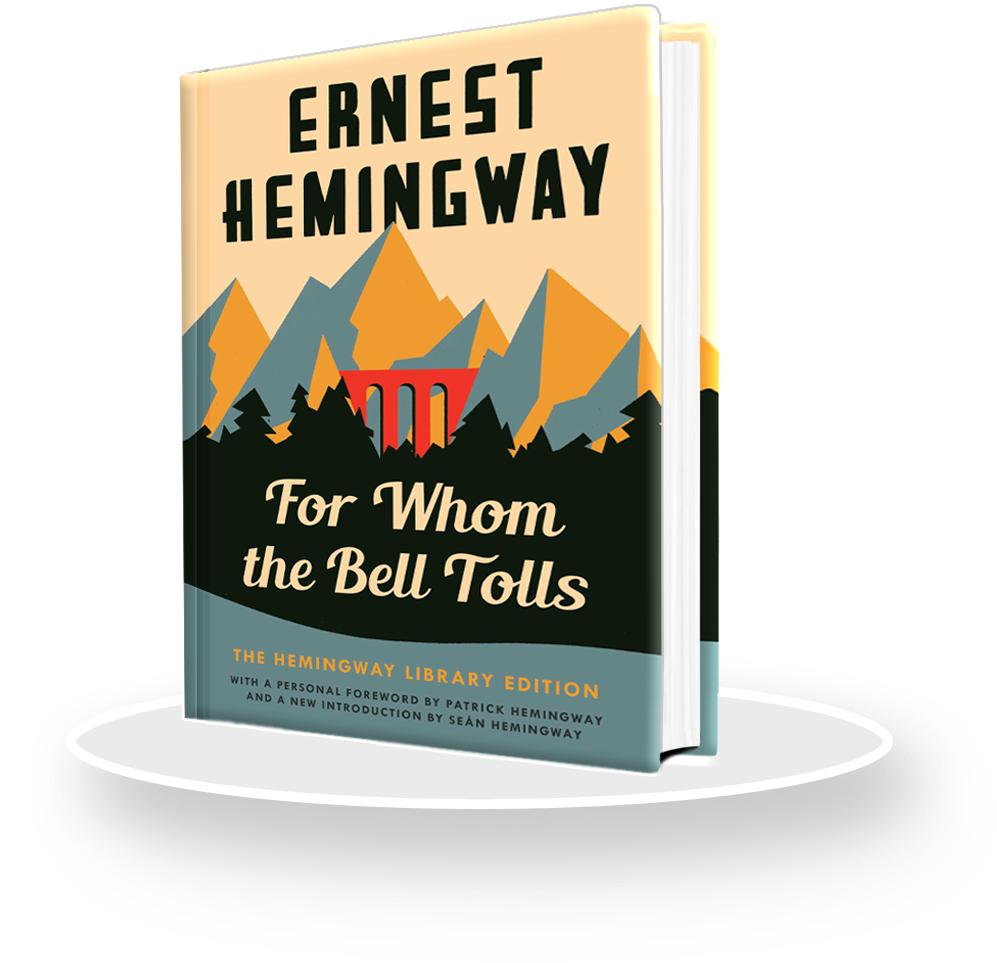 For Whom the Bell Tolls

Introduced by Hemingway’s grandson Seán Hemingway, this newly annotated edition and literary masterpiece about an American in the Spanish Civil War features early drafts and supplementary material—including three previously uncollected short stories on war by one the greatest writers on the subject in history.

In 1937 Ernest Hemingway traveled to Spain to cover the civil war for the North American Newspaper Alliance. Three years later he completed the greatest novel to emerge from “the good fight,” and one of the foremost classics of war literature in history.

Published in 1940, For Whom the Bell Tolls tells of loyalty and courage, love and defeat, and the tragic death of an ideal. Robert Jordan is a young American in the International Brigades attached to an antifascist guerilla unit in the mountains of Spain. In his portrayal of Jordan’s love for the beautiful Maria and his superb account of El Sordo’s last stand, Hemingway creates a work at once rare and beautiful, strong and brutal, compassionate, moving, and wise. “If the function of a writer is to reveal reality,” Maxwell Perkins wrote Hemingway after reading the manuscript, “no one ever so completely performed it.” Greater in power, broader in scope, and more intensely emotional than any of the author’s previous works, it stands as one of the best war novels of all time.

Featuring early drafts and manuscript notes, some of Hemingway’s writings during the Spanish Civil War, and three previously collected stories of his on the subject of war, as well as a personal foreword by the author’s son Patrick Hemingway, and a new introduction by the author’s grandson Seán Hemingway, this edition of For Whom the Bell Tolls brings new life to a literary master’s epic like never before.