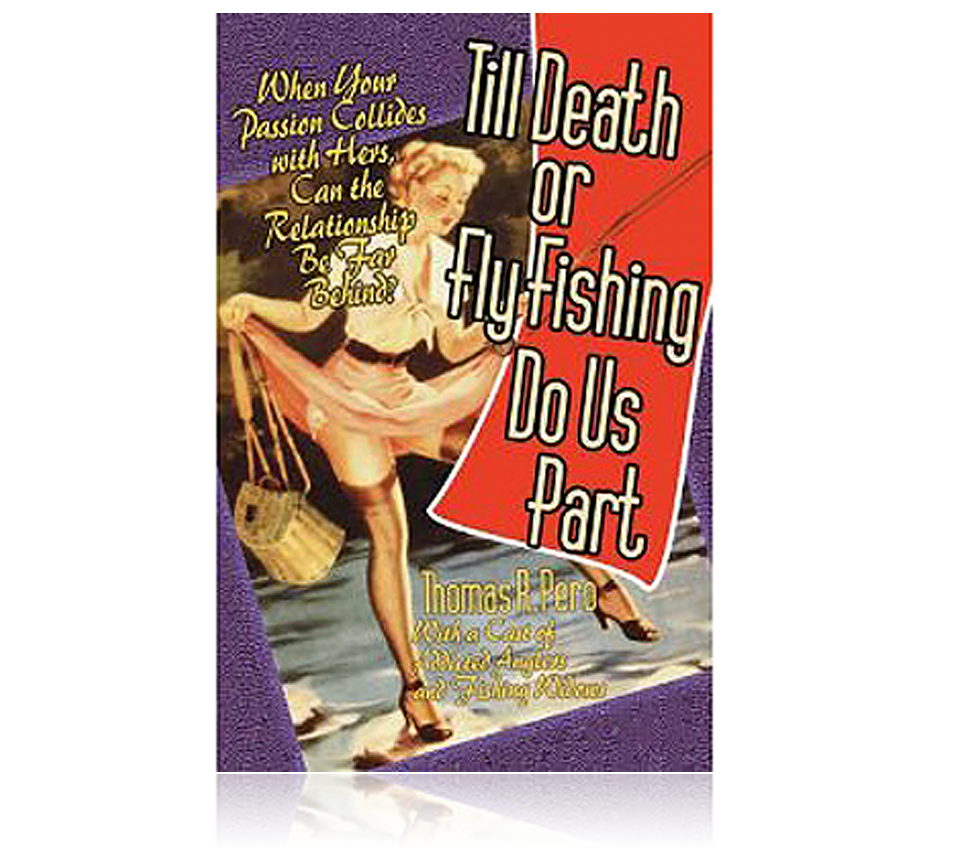 Till Death or Fly Fishing Do Us Part

When Your Passion Collides with Hers, Can the Relationship Be Far Behind?

Do you or someone you know have a tragicomic story of a relationship that has miraculously survived—or resembles a romantic train wreck—because of one person’s obsessive devotion to a sport, hobby or other passion? You are not alone.

Till Death or Fly Fishing Do Us Part is a new collection of hilarious essays as much about the ancient pratfalls of the Human condition as to whether men prefer blondes or brown trout.

These eight stories of how an obsession with fly fishing has affected—for better or worse—numerous romantic relationships are true, although an interesting note from the publisher appearing in the first few pages admits that some names have been changed, “to protect the innocent from embarrassment and the publisher from the guilty and their junkyard-dog lawyers.” At turns wickedly funny and then sobering and poignant, anyone who has been through the furious struggle of balancing time with, and away from, the love of your life will devour this delightful book with relish.

“We joke about compulsions, but the term ‘fishing widow’ says it all,” writes Georgene S. Dreishpoon of Boynton Beach, Florida, whose young obstetrician husband demonstrated early in their marriage that his trout-fishing weekends in the Catskills took precedence over just about everything—including delivering babies. “I felt I could have competed with another woman, but how do you compete with a fish?”

“I’ll look over at Josh any time we drive near a body of water and I’ll notice his eyes drift away from the road. He’s trying to figure out: A) what the possibility is that there are fish in that water, and B) the severity of the fit I’ll throw if he stops to find out,” writes Alysse E. Hollis, an attorney from Cincinnati.

“There have been times I’ve come really, really close to piling all the fly rods, chicken necks and fishing books in the front yard and torching them,” writes Jennifer Axtell, a school librarian from Bevard, North Carolina. On their second date, Nathaniel, a fishing guide, took her on a backpacking trip for brook trout in the Shenandoah Mountains. To save weight he left the tent’s rain fly at home. She woke sloshing around in a soaked sleeping bag while he snoozed away comfortably in dry waders: “I should have run for the car and never looked back; instead, we got engaged.”

“However you slice it, it’s an uneasy truce. Fishing is a greedy mistress. Fishing takes time. And money,” writes Seattle’s Thomas R. Pero, the award-winning editor of Trout Magazine during the 1980s and ’90s and founding editor of Fish & Fly Magazine. “Either the bathroom gets a new designer sink or you are in seat 8A on a LAN Chile flight to Argentina for some dry-fly fishing in February. Survival tip: Don’t plan your trip for Valentine’s week.”

In compiling this entertaining volume, Pero says he asked four bright, articulate women and three hopelessly addicted male anglers to offer their distinct perspectives on the subject of the fishing passion. He promised nothing would be censored—and for the finale added a long and rollicking essay drawn from his own life experiences and the many close-up and painful disasters he’s watched unfold. “Scandalous? Some might think so,” he says with an amused grin. “I rather like scintillating—you can’t make up this stuff. I dare you.”